WWE rings in 2002 with lesbian storyline 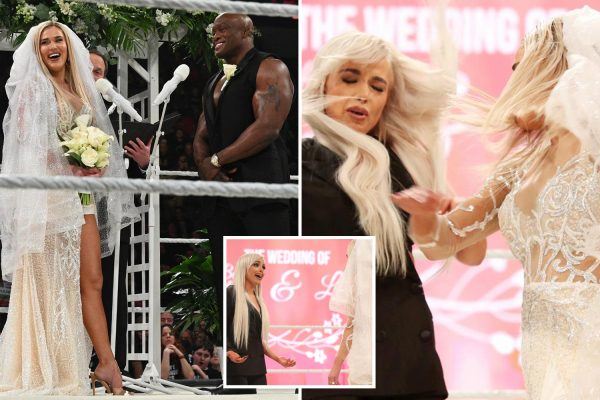 Fans of World Wrestling Entertainment (WWE) ended 2019 with a profound sense of deja vu as the company unveiled a “shocking” storyline featuring a chaotic in-ring wedding and a lesbian storyline perfect for the year 2002.

WWE, which prides itself on progressive triumphs for equality and inclusion, held an in-ring wedding that devolved into violence, destruction, and a throwback to the HLA (hot lesbian action) shtick first seen 18 years ago. .

The all-too-familiar fiasco began with the in-ring wedding of ravishing former Russian Lana (surname unknown) and Bobby “Sexual  Chocolate” Lashley, which quickly turned chaotic when it was interrupted by Bev Morgan or Liv Tyler or someone like that.

The mystery woman (Liz Kurrgan?) revealed that she and Lana have been involved in a — get this! — lesbian affair. Can you believe it?!

Oh, and Rusev jumped out of a cake to attack Lashley, though it is unclear why nobody in the ring questioned the presence of a six-foot-high cake.

The chaotic wedding was shocking to wrestling fans worldwide, except for those who remember the in-ring weddings for Dawn Marie and Al Wilson, Stephanie McMahon and Test, Edge and Lita, Edge and Vickie Guerrero, Billy and Chuck, Hawk and Animal, and so on.

Although the segment featured no actual HLA (hot lesbian action), it did include plenty of TLC (totally lazy creative).