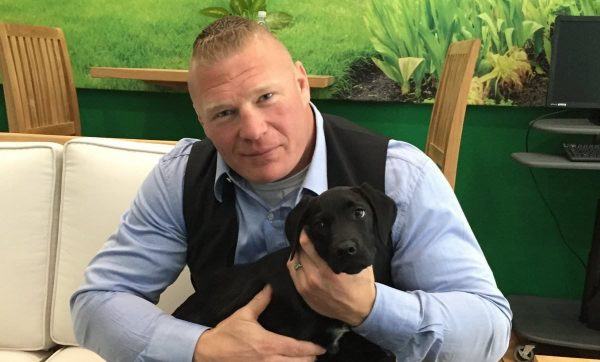 After an exhausting year of non-stop touring to defend his WWE championship on a nightly basis against all challengers, Brock Lesnar has resolved to take more personal time in 2020.

Like millions around the world, Lesnar used New Year’s Eve as a chance to reflect on the past year — a year that, in his case, included 323 title defences and 174 Make-A-Wish visits (including one ill-fated one) — and to initiate positive change for the coming year.

“I just need more ‘me time,’ you know?” Lesnar said in a year-in-review article published today on WWE.com. “I think 20202 will be the year I finally take the time to do some scrapbooking.”

The past year has been a momentous one for Lesnar, having performed more than 340 shows, twice on Saturdays and thrice on Sundays.

Though he intends to take a much-needed break from professional wrestling for much of 2020, he promises to defend his WWE Championship “at least zero times.”