WWE adopts gender-neutral language, Lynch re-branded as The They

In its ongoing efforts to become an inclusive, equity-based organization, World Wrestling Entertainment (WWE) announced today that all terminology used by the company will be gender-neutral, thus necessitating a number of immediate changes, such as switching Becky Lynch’s nickname to The They. 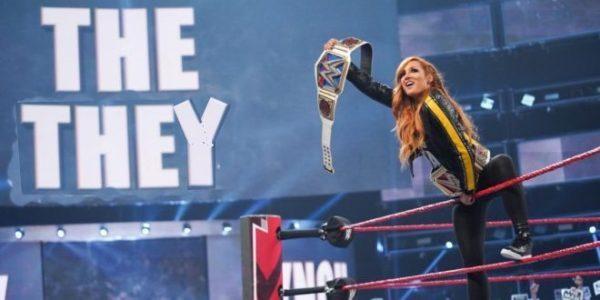 “It is time for inclusive, gender-neutral language to be employed in all aspects of programming, quite frankly and/or Francisly,” WWE Chairindividual Vince McMahon said in video recorded in their Connecticut office.

WWE performers and commentators were given this morning a list of “acceptable” words and phrases, including:

The company further announced that it is eliminating gender-based divisions altogether, meaning fans will finally get the long-awaited showdown between Brock Lesnar and Bayley.

Previous Article
Injured Cena gets Make-A-Wish visit from self

Next Article
Rusev and Lana back together?