SHOCKING! Man who play-fights in spandex for the amusement of strangers has background in homoerotica 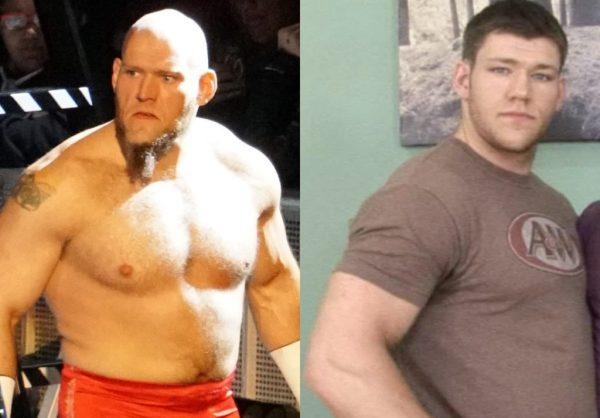 Fans who enjoy watching greased-up musclemen in skimpy outfits tussle in WWE were shocked this week to learn that one such muscleman has a background in homoerotic adult cinema.

Eagle-eyed pornography enthusiasts discovered that gargantuan sports-entertainer Lars Sullivan (real name Larry Culligan), who is known for dominating smaller men in the squared circle, had relevant past experience in related genre of entertainment.

The revelations about Sullivan’s “developmental” career in pornography disgusted some puritanical wrestling fans, who took to social media to voice their distaste: “I can’t imagine watching two dudes go at it,” tweeted one blogger who recently wrote a 4,000-word essay about a “masterpiece battle” between Shawn “Sexy Boy” Michaels and “Big Sexy” Kevin Nash.

While most reasonable fans agree that Sullivan’s past career in homoerotica is, in itself, totally his prerogative (“Not that there’s anything wrong with that,” they tweeted en masse), many pointed out the hypocrisy in homophobic comments Sullivan subsequently made in online forums.

Other fans, however — the simpletons, mainly — tweeted about being “disgusted” and “grossed out” by Sullivan’s prior work in the adult film industry, then resumed their usual social media banter about which taut-bodied, agile-but-rugged NXT superstars deserve the strap.

Previous Article
The nine most important Kayfabe News stories of 2019

Next Article
Rollins getting re-branded as The Publisher of Pain