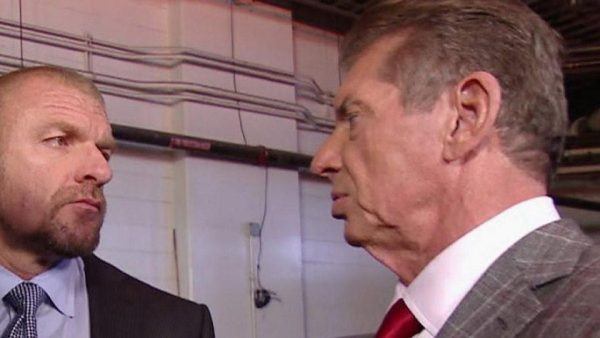 According to BACKSTAGE SOURCES within World Wrestling Entertainment (WWE), HUGE FIGHT erupted last night between VINCE MCMAHON and his son-in-law HUNTER HEARST HELSMLEY over which BRAND is the BEST.

The ANONYMOUS SOURCES reveal that McMahon was RED-FACED AND FURIOUS during a backstage TIRADE in which he declared that the BEST BRAND is tech giant APPLE, whereas Helmsley COUNTER-ARGUED that GOOGLE is the world’s dominant brand.

“Quite frankly, Apple has redefined what a brand can be in the digital economy,”  McMahon HOLLERED quietly before adding: “QUITE FRANKLY!”

Helmsley, who is said to be mildly FRUSTRATED with McMahon’s slightly OUTDATED perspectives on branding, launched into a COUNTER-ARGUMENT that WITNESSES described as INSIGHTFUL and WELL-THOUGHT-OUT:

“This business,” Helsmley said, referring to Google, “is the DOMINANT brand of the information AGE, and remains largely unchallenged in its BUSINESS MODEL as the preeminent the search engine, which is the mainstay of its advertising INCOME. Google has created a UNIQUE BRND PERCEPTION in the minds of customers via ITERATIVE INNOVATION, and a unique VALUE PROPOSITION, along with an effective BRAND STRATEGY that helps Google POSITION the brand in a SYNERGISTIC, AUDIENCE-CENTRIC manner, thereby INCENTIVIZING brand equity and value over other competitors in the MARKETPLACE.”

McMahon CONCEDED that Helmsley had some GOOD POINTS, but then REBUTTED in a manner that was quite frank: “Apple’s brand as a CHANGE AGENT and technological THOUGHT LEADER is the company’s CORE COMPETENCY vis-a-vis BRAND LOYALTY tied to its MISSION CRITICAL CORPORATE VALUES in a CROWDED MARKETPLACE.”

Although the ARGUMENT between the two sports-entertainment moguls was said to be INTENSE, the two reportedly calmed down and decided to TAKE IT OFFLINE until their next STRATEGIC BRANDING MEETING in Stamford, CT.