God finally gets revenge for 2006 loss to McMahon 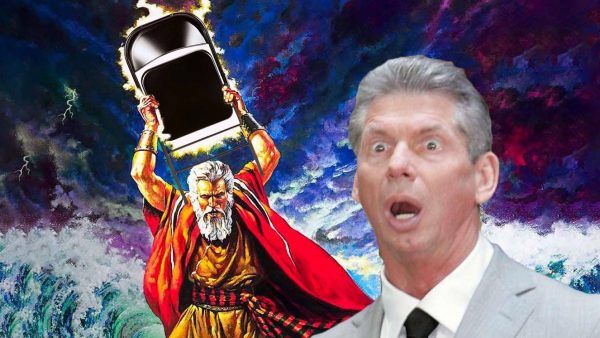 God, the omnipotent and eternal creator of the universe, was reportedly “overjoyed” to hear that the latest plague He unleashed upon the world has achieved its desired effect — the disruption of WrestleMania.

WWE announced today that the event will be held in front of an audience of none at WWE’s Performance Center, which God reportedly finds “divinely hilarious.”

“Oh my Me, this is wonderful” said God. “Take that, Vinnie!”

Though he tends not to muddle in the affairs of humans — typically allowing them to use their freewill to do hilariously silly things like elect a WWE Hall of Famer as a US President — God is reportedly an avid member of (and creator of) the WWE Universe.

In fact, the bible itself foretells of this happening; the Book of Austin, Chapter Three, Verse 17: “And Austin 3:17 says God just whippeth thine donkey as well.”

Nearly 14 years have passed since God and his tag team partner, Shawn Michaels, lost in a tag-team match to McMahon and his son (Shane, not Hornswoggle).

According to theologians and prophets, God’s revenge on McMahon would likely come in the form of a plague — which is exactly what the Heavenly Father concocted with the Corinovirus ECW-19, which has spread across the world after originating in a Philadelphia bingo hall.

God said He placed no blame on his tag partner that night in 2006, Shawn Michaels (real name Higgly Michaelbottoms), since the McMahon’s benefitted from unseen outside interference from Satan.

McMahon was reportedly so enraged about changing WrestleMania that his red horns involuntarily emerged from his forehead and pure sulphur spewed from his nostrils.

Previous Article
WWE wrestlers to “work from home” for WrestleMania