In an announcement that likely came as a surprise to no one, it was revealed today that sports-entertainer Baron Corbin has been named by People Magazine as this year’s Sexiest Man Alive.

Corbin (real name Baron Von Corbschke) was an instant heartthrob when he ascended to the main roster of  World Wrestling Entertainment in 2016, and became a bona fide international sex symbol last year when he shaved off his 27 strands of greasy hair. 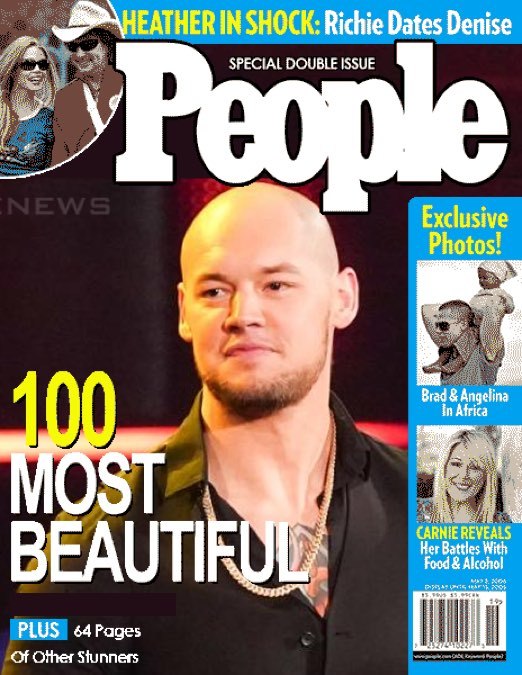 The cover story in this week’s People Magazine says Corbin is “objectively the most gorgeous specimen to ever step into a WWE ring” and “makes Dwayne ‘The Rock’ Johnson look like a bottomfeeding mudfish by comparison.”

Hordes of pre-teen girls rushed to newsstands to snap up copies of the magazine this morning, resulting in near-riots in some cities.

“I just love him so much,” squealed one girl. “I don’t know if it’s the way his beard his no moustache, or the vacant look in his lifeless eyes, but he just drives me wild.”

Corbin skyrocketed to the main-event picture of WWE, reportedly in part because Vince McMahon also has a crush on him, and he has singlehandedly boosted WWE TV ratings to the highest they’ve ever been.

The former football player and underwear model is also highly respected by sports-entertainment fans and pundits alike, having earned an unprecedented 19-star rating from veteran journalist Dan Mutzler for his match in Topeka last Saturday against Mojo Rawley.