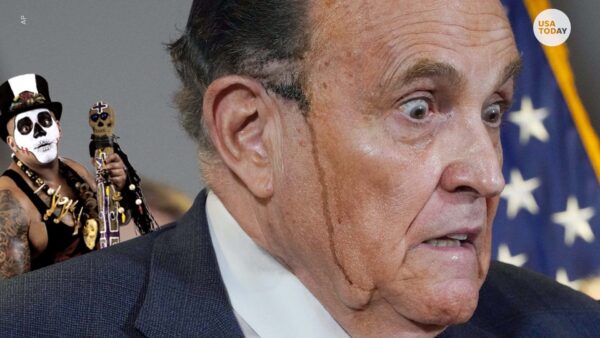 Former New York Mayor and current spokesthing for the outgoing Trump administration, Rudy Giuliani, has been rushed to a local medical facility after being stricken by the dreaded curse of WWE voodoo priest, Craig “Papa” Shango.

It is the same fate that once befell The Ultimate Warrior (real name Jim Earthworm), who endured having the mysterious slime drip from his pouffy hairline onto the white jacket he was wearing for the first and only time for some reason.

A source close to Giuliani, who asked to be identified only as Donald T., said that Papa Shango’s attacks are related to shady business transaction Giuliani had with a friend of Shango’s, the Godfather.