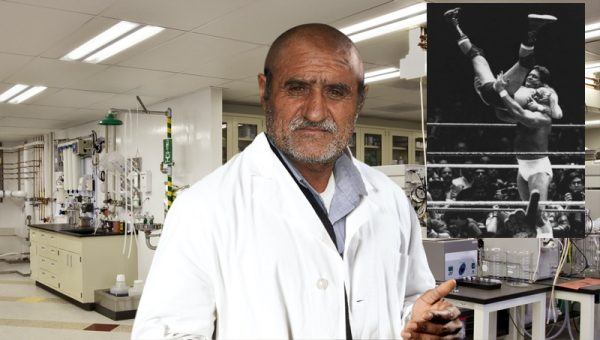 Tensions between the US and Iran ratcheted further today when United Nations weapons inspectors were denied access to factories where they believe scientists are developing atomic drops.

“We have credible intelligence that the atomic drop will soon join the missile dropkick in Iran’s arsenal,” said UN weapons inspector Bryan Clark.

The inspector warned that with atomic drops in its arsenal, Iran will have a way to potentially strike the US with an Adam Bomb.

Tensions between Iran and the United States intensified this week after WWE Hall of Famer and US “President” Donald Trump authorized a lethal attack on military leader Khosrow Ali Vaziri.

If the Iranian government doesn’t submit to further UN inspections, there may be no choice other than to launch Big Show’s WMDs, thereby bringing the countries closer to WCW World War 3.