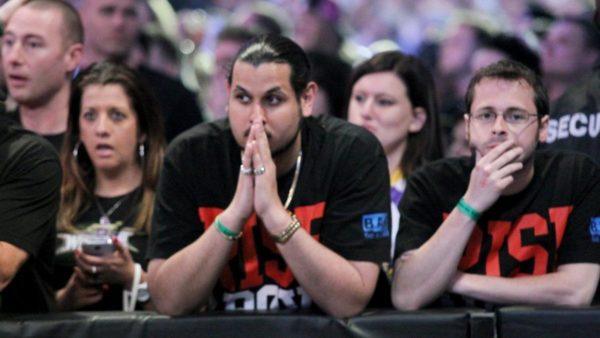 Long heralded as the distinguished “sport of kings,” professional sports-entertaining has in recent weeks — to the utter shock and dismay of millions of fans around the globe — been exposed as a hive for duplicitous and unsavoury behaviour.

A series of saddening revelations on social media under the #SpeakingOut hashtag have cast serious doubt on the widely held belief that people who play-fight half-naked for the amusement of halfwits are morally infallible.

Contrary to popular belief, it seems pro wrestlers are not unanimously paragons of virtue; some, in fact, appear to have entered the sport purely to mask their crushing insecurities in peacockish and lecherous dealings with female fans.

“I never would have imagined someone like Joey Ryan might be capable of doing something slimy,” said longtime wrestling journalist Dan Mutzler.

“Now I can’t help but wonder,” Mutzler added, “might there be anything else dishonest about wrestling?”