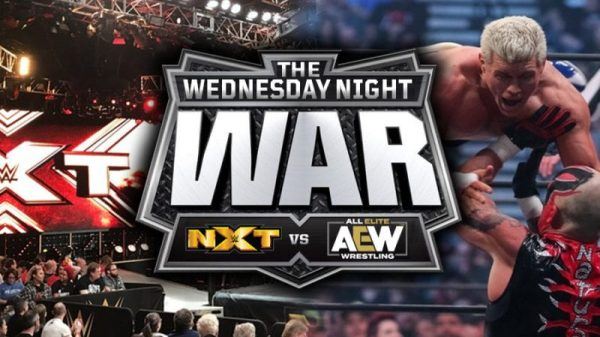 It’s not often that there’s a genuine “holy [bleep]” moment in sports-entertainment journalism, but stop the presses because powerful shots have been fired in a new wrestling RATINGS WAR, with the upstart AEW Xpolosion drawing larger television audiences than its three WWE competitor programs combined.

This shocking development is thanks to the launch of a new and “way more accurate” gauge of television ratings than the Nielsen system, developed by a company called Khan Analytics.

According to the so-called Khan Analytics Viewmetric Meta-Ratings Readout, which a press release says is “a bazillion times more accurate” than any other ratings measure, this week’s total viewership of WWE’s three flagship programs (Raw, Smackdown, and NXT) was an estimated 32 million, whereas this week’s episode of AEW Xplosion garnered a viewership of 13.7 billion.

Little is known about how the new measurement software works, because Khan Analytics is secretive about its operations; the company’s CEO is believed to be someone named Tony Khan (which sounds familiar for some reason that we can’t quite put our finger on).

We will stay on this story as it continues to not develop.

Next Article
Wrestling fan’s worldview shattered when coworker says “you know that stuff’s all fake, right?”