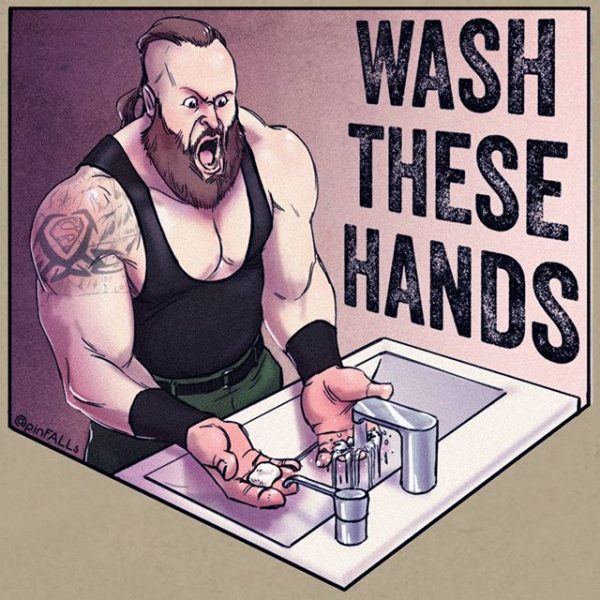 As mandated the company’s recently amended Wellness Policy,  the superstars of World Wrestling Entertainment (WWE) must now thoroughly wash and sanitize their hands after each hold, throw, strike, and even x-shaped crotch gesture.

The strict hygiene standards were implemented in respose to the recent outbreak of Corinovirus, which began at a Philadelphia bingo hall but has since spread from semi-retired ECW alumni to other species of pro wrestlers.

“We understand that this precautionary measure will slow down the action that WWE fans love, but it is an important safeguard for all,” said WWE mogul Vince McMahon in a statement.

“And, quite frankly, it is not easy producing 19 hours of live television a week, so this will lighten that burden a bit, quite frankly.”

A hand-washing station has been installed in the center of every WWE ring, and hand sanitizer will now be dispensed from turnbuckle pads upon contact.

The new guidelines also decree that all WWE fans must spend two weeks quarantined at a given arena before, and and two additional weeks following, any WWE Live Event.

According to the company website, fans seeking refunds for tickets to upcoming events may “suck it,” so long as “it” is been thoroughly washed first.