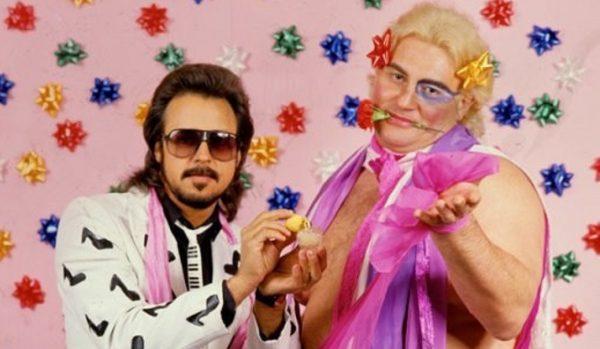 Demonstrating once again that it is a socially progressive, “woke” organization, World Wrestling Entertainment (WWE) is celebrating Pride Month by quietly removing from the WWE Network all footage of effeminate ’80s star “Adorable” Adrian Adonis.

In 1985, Adonis eschewed his former biker image with a look featuring legwarmers, facial rouge, lipstick, and other typically feminine accessories — which, in the mid-’80s, was evidently what a straight Connecticut millionaire thought gay people looked like.

The gimmick has not aged well, however, so WWE editors have reportedly relegated all footage of it to a vault labelled “Sweep Under the Rug,” which also contains all footage involving Katie Vick, The ECW Zombie, and Trish Stratus being forced to bark like a dog.

According to one backstage source, who asked to be identified only as B. Kidman, all footage Billy and Chuck from the so-called Attitude Era has been altered to imply that they actually went through with the “commitment ceremony,” rather than getting cold feet and essentially blurting “no homo.”

WWE has made great strides in becoming more culturally sensitive, however, as evidenced by its celebration of Akeem for Black History Month.