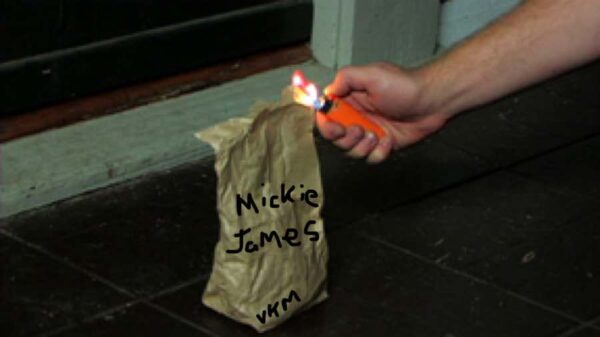 World Wrestling Entertainment (WWE) is doing damage control today after it was revealed that numerous recently fired superstars received a package from their former employer consisting of paper bag full of dog feces, set alight and left on their doorsteps.

Mickie James was the first to comment on the matter, tweeting: “Hey Vince, got your care package. And I totally saw you run behind the neighbor’s hedge when I opened the front door. I’m calling Linda.”

This new controversy comes just days after James and received her belongings from the company in plastic garbage bags (although the company insists the bags were “Limited Edition WrestleRania Raingear”).

Samoa Joe, another talent recently let go by the company, posted a video of his flaming turdbag on Instagram, commenting: “I would like to say I expected better, but honestly this is totally Vince’s sense of humor, so it’s exactly what I expected.”

Vince McMahon was cagey about the allegations that he is behind the fiery dungsacks, stating only: “Quite frankly, I did not fill those bags with dog poop, specifically.”

In rare interview, WWE mogul Vince McMahon speaks quite frankly about things of that nature