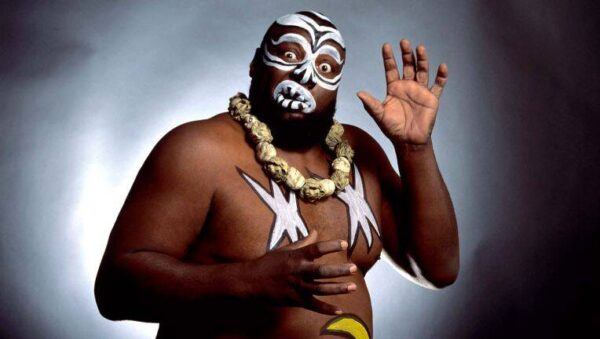 The sound of moist palms flapping against wriggling bellies, accompanied by respectful wails of wordless grief, echoed throughout the world today as millions said goodbye to a beloved grappling headhunter, Kamala.

Kamala (surname unknown) was the greatest professional wrestler to come from Uganda, though some pundits argue that the title belongs to Akeem (whose passport is registered only to Deepest Darkest Africa).

In his WWF heyday, Kamala delighted and terrified fans around the world with his jabby spear, his diving splash, and the ever-present uncertainty as to whether he might try to remove someone’s head, a longtime hobby of his back home.

Mourning fans paid tribute to the late Ugandan Giant by removing their shirts, painting astrological symbols on their ample midsections, and parading around their neighborhood doing Kamala’s signature Slap’n’Wail for hours on end.

Thank you for the memories, JH.

WWE welcomes back “ringside regulars” to front row of RAW