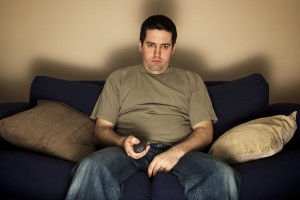 Todd McGowan, a 27-year-old wrestling fan from Poughkeepsie, says he is “completely lost” after missing an episode of Monday Night Raw last month due to a work obligation, and worries he’ll now “never make heads or tails” of the show’s baroque, multi-layered narrative.

“Wait, Kane is back?” said McGowan, shaking his head in abject confusion. “And he wrestled Jason Jordan? How does that make any sense?”

Like most wrestling fans, McGowan normally watches Raw with near-religious devotion every week, knowing that its nuanced narrative arc is characterized subtle allegory, foreshadowing, verisimilitude, and postmodern fragmentation — all of which require intense, unwavering attention to fully comprehend.

Unlike the more accessible forms of low art enjoyed by the unwashed masses — like opera, for example, or the works of William Shakespeare — an appreciation or professional wrestling demands unwavering mental, emotional, and aesthetic acuity.

This week’s Monday Night Raw, for example, included a bout pitting Matt Hardy against Bray Wyatt, which was clearly an ingeniously nuanced commentary on the marginalization of mentally ill people amid an American zeitgeist that simultaneously juxtaposes fierce individualism against populist groupthink.

But unless you actually witnessed the match in its full context, amid the multifaceted narrative mosaic of the entire episode of Raw, you might be led to wrongly conclude that the match was merely two weird dudes pretending to fight.

Previous Article
Will this dream match EVER happen?