WrestleMania “might be cancelled” due to unavailability of Flo Rida 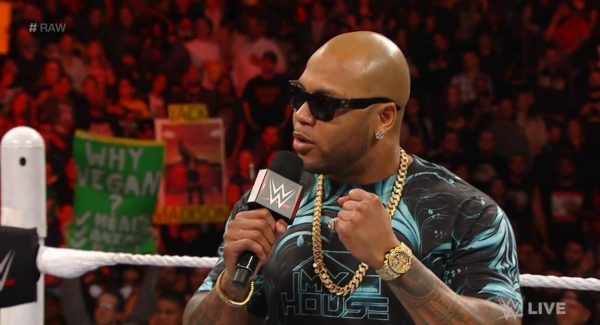 For the first time in more than 35 years, World Wrestling Entertainment (WWE) may be forced to cancel its annual flagship event, WrestleMania, due to a scheduling conflict that will prevent musical icon Flo Rida from performing.

Flo Rida (real name Floyd Ridanschmidt) has been the highlight of numerous WrestleManias past, and was assumed by most fans to be headlining the upcoming event in spring, given its location in the state of FloRida.

A spokesperson for WWE, who asked to be identified only as Hunter H. H., said a “regrettable scheduling mixup” resulted in Mr. Rida being booked for a special concert at the Vatican on the same night as WrestleMania.

“It simply would not be a WrestleMania without a 25-minute lip-synched performance by a run-of-the-mill pop act,” said the spokesperson. “Also, it’s the only chance our commentators get a pee break during the whole event.”

The company is reportedly weighing several options, including showing a “virtual concert” at WrestleMania by a Flo Rida hologram, or a medley of Flo Rida hits (such as Jiggly Wiggly, ‘Til I Collapse, and Funke Funke Wisdom) performed by Elias.

WWE has promised that, if WrestleMania is indeed cancelled, its timeslot on the WWE network will be filled by a five-hour retrospective on past WrestleMania performances by Flo Rida.

Previous Article
SPECIAL REPORT: Everything you need to know about AEW