You won’t believe what these WCW Nitro Girls look like now!

Ever wonder what happened to the buxom beauties whose rhythmic gyrations and come-hither looks kicked off every episode of WCW Nitro back in the Monday Night Wars?

Well, we tracked them down via their great-grandchildren, and we found some pictures that demonstrate these vivacious vixens are still loving life — albeit at a slightly slower pace.

You probably best remember the beautiful Baby as one of “Champagne” Chris Kanyon’s valets, alongside the lovely Chameleon. She left WCW after she was accidentally sat upon by Paul “The Giant” Wight, which required a double hip-replacement. Following her WCW career, she became a stay-at-home-mom to seven boys, and is now the proud grandmother of 17 “little scallywags,” as she likes to call them. 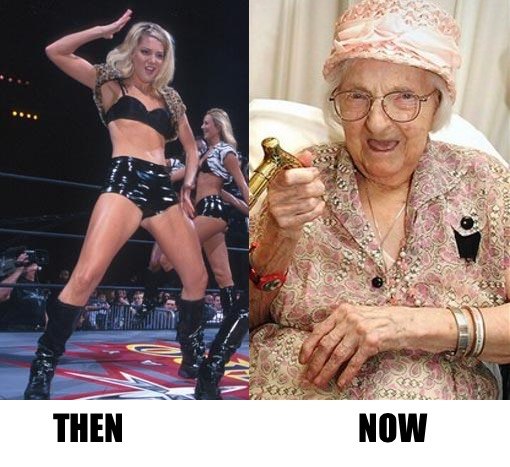 Longtime wrestling fans will recall that Naughty-A was among the last members of the Nitro Girls before WCW was ultimately bought by its competitor, WWE. Naughty-A (real name Bertha Mae Kulverbottom) went on to a fulfilling career in dental hygiene, and is now retired in Sarasota with her husband, Juventud Guerrera. 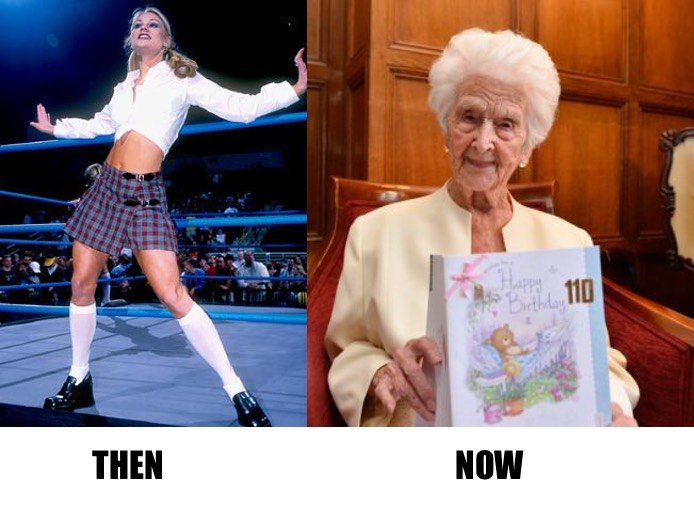 Tygress achieved great success as a dancer, a valet, and an in-ring performer; she and partner Konnan defeated Shane Douglas and Torrie Wilson at Halloween Havoc 2000. When WCW folded, she earned a PhD in quantum mechanics and had a long and successful career in science, earning a Nobel Prize in Physics for her discovery of an elementary quark particle. 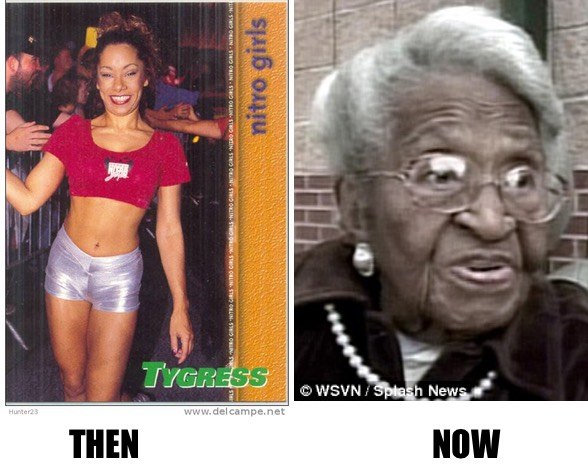 You probably remember Syren from her romantic connections to Billy Kidman and Reno, in what was described by wrestling journalist Dave Meltzer as “one of the most emotionally captivating storylines in professional wrestling history.” After leaving WCW, Syren joined an apocalyptic UFO cult called “The Max Moonies,” and she expected to ascend to Planet Stasiak during the upcoming solar eclipse. 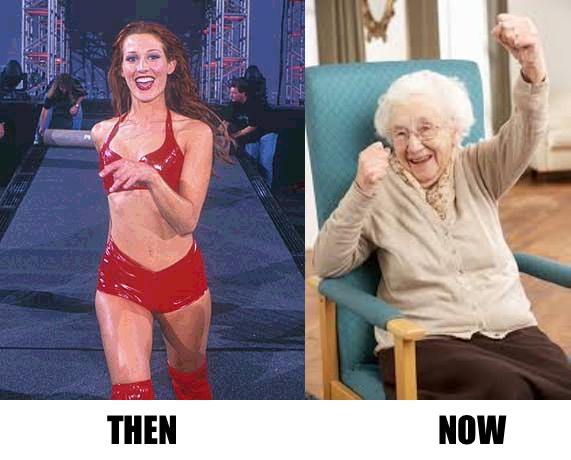 Previous Article
The world is unravelling into a dystopian nightmare, but here are some pictures of lady wrestlers in bikinis