In the latest in a series of bombshell announcements from World Wrestling Entertainment (WWE), longtime sports-entertainment mogul Vince McMahon announced today his plans to retire to a seniors’ community in Boca Raton, and revealed that he will hand over the mantle of WWE to former TNA visionary Dixie Carter.

The announcement comes on the heels of the revelation that the so-called Creative Department of WWE will be headed by former rivals Paul Heyman and Eric Bischoff, who ran ECW and WCW respectively back when your granddad was young.

“Quite frankly, I am no longer in touch with what fans want, which means it is time for me to retire, quite frankly,” said a teary-eyed McMahon during a press conference this morning at WWE’s Connecticut headquarters. Added McMahon, his voice cracking with emotion: “Quite frankly.” 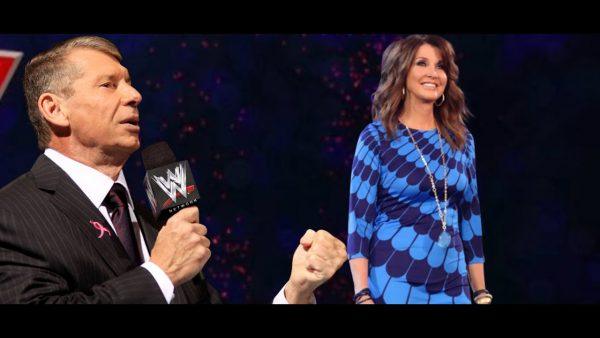 The announcement came as a shock to many fans of sports-entertainment, given the widespread assumption that McMahon would leave control of the company to his children Shane and Stephanie McMahon, and the man who drugged, abducted and married his daughter against her will, Hunter Hearst Helmsley.

Instead, McMahon complete re-imagined the corporate leadership of the company as follows:

Dixie Carter, who has not been directly involved in the industry since selling IMPACT Wrestling for a reported $7.3 trillion, unveiled today WWE’s “innovative” new nine-sided ring.