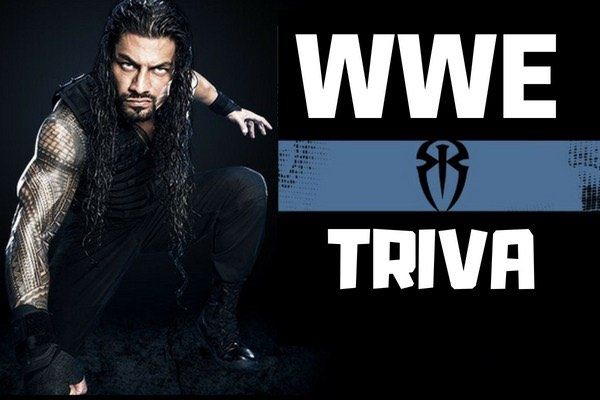 In the world of pro wrestling, there are “casual fans” and there are “know-it-all IWC smarks.”

Test your wrestling knowledge with this devilishly difficult quiz! If you get a perfect score, congratulations: you’re a super-fan!

1. Name the phenomenon that swept the world during Hulk Hogan’s meteoric rise in popularity:

c) The current time is

3. Hollywood actor Dwayne Johnson was once known in WWE by what name?

4. Though he is best known as a commentator during the 1980s and 1990s, which of these men is actually owner and Chairman of World Wrestling Entertainment?

d) None of the above

e) All of the above

6. World Wrestling Entertainment was once known by what name?

7. Which annual event is WWE’s equivalent of the Super Bowl?

c) The third Smackdown of November

8. Which of the following wrestlers was nicknamed “The Macho Man”?

9. WWE was once engaged in a “ratings war” with which competitor?

a) G.L.O.W. The Gorgeous Ladies of Wrestling

b) The Moscow Ballet Company

10. The French philosopher and semiotician Roland Barthes wrote in his 1957 book, Mythologies: “Wrestling holds the power of transmutation which is common to the Spectacle and to Religious Worship. In the ring, and even in the depths of their voluntary ignominy, wrestlers remain gods because they are, for a few moments, the key which opens Nature, the pure gesture which separates Good from Evil, and unveils the form of a Justice which is at last intelligible.”

In no less than 1,000 words, provide a postfoundationalist deconstruction of how Barthes’ critique fits within a Neo-Gramscian framework, vis-a-vis a Marxist interpretation of critical theory (include full footnotes and bibliography). 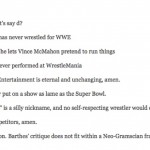