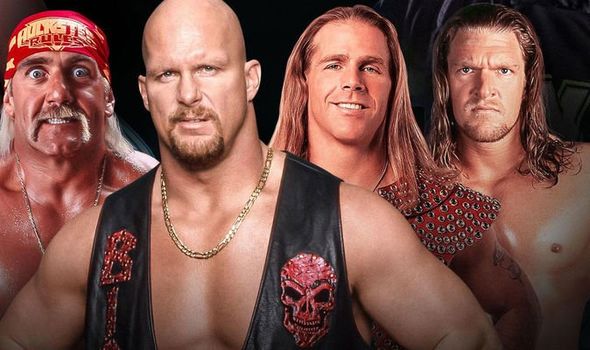 Fans of professional sports-entertainment tend to exalt the stars of yesteryear, but did you know that practically none of the so-called “legends” enshrined in the WWE Hall of Fame ever held the company’s most coveted prize, the Universal Championship?

Brett “Hangman” Hart, for example, claims to be the “best there was, is, and will ever be,” but how many reigns as Universal Champion did he have? None, that’s how many.

Rick “Natural Boy” Flare is widely regarded as one of the greatest pro wrestlers to ever lace up a pair of boots and wear skimpy spandex trunks, but how many times did he hold the Universal Championship? None.

In fact, although fans these days love to bemoan “today’s product” and yearn for the glory days of previous eras, the only veteran of the so-called Altitude Era who has held the Universal Championship is Bill Goldburg, who held it for a measly four weeks in 2017.

Cold Stone Steve Austin? He held the Million Dollar Belt for a while, and presumably a few others, but never the “30 pounds of gold” known as the Universal Championship. Same goes for other purported “legends” like Randy “Mr. Macho” Savage, Bruno Sammartino, and Mordecai. Not a single Universal Championship reign between them.

So next time someone talks to you about the greatest wrestlers of all time, be sure to remind them that those zero-time Universal Champions have got nothing on former champs like Fin Balor and Roman Reins.