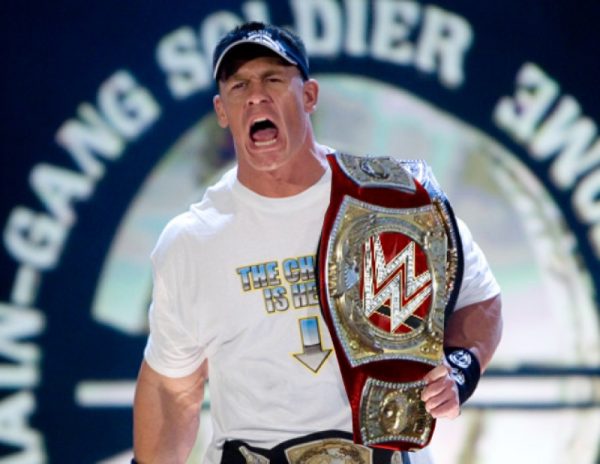 Professional sports-entertainer and PhD thugonomist John Cena has devoted most of his time in recent years to Hollywood moviemaking, but it seems a full-time return to the ring is in the works, given the creation of a new spinner-style WWE Universal Championship.

The creation of the new championship belt — which has a spinning, diamond-encrusted centerpiece because streetwise rappers like Cena enjoy “bling” (an urban word for jewelry) — indicates that Cena will step away from acting and return to his previous schedule of wrestling 390 days a year.

Returning full-time to WWE is a bold and unexpected move for Cena, who has become one of Hollywood’s most sought-after leading men after his breakout performance as the cunning patriarch of a South Korean family in 2018’s critically acclaimed Parasite.

Cena reportedly thinks it is “wiggity-wack” that the championship is currently held by a semi-retired part-timer, and has vowed to become the champion that the Universe deserves.

[Thanks to Matthew Smothers for the idea]