Shawn Michaels has eye on WrestleMania return, other eye slightly to the left 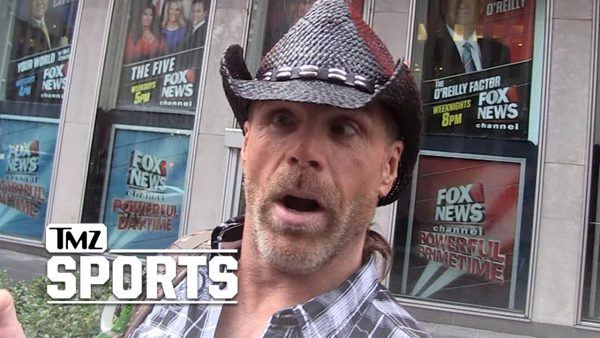 Legendary sports-entertainer Shawn Michaels (real name Hinkly Michaelbottoms) reportedly has his eye on returning for one last match this year at WrestleMania, though he also reportedly has his other eye on a six-inch Cold Cut Combo sandwich on a nearby table, so it’s difficult to know exactly what his intentions are.

Rumors began to swirl when, at a recent WrestleMania press conference in New York City, tempers flared between Michaels and the Undertaker and they stood toe-to-toe in an intense staredown, but it remains unclear whether Michaels was looking into the lifeless eyes of the Deadman or at a nearby camera operator.

The 53-year-old Sexy Boy has suffered from a mild ocular disorder — said to have originated during a 2004 match against Kane and worsened due to repeated bumps — that makes it difficult to discern where his visual focus lies at any given moment.

“You get used to it,” said Robert Gibson of the Rock ‘n’ Roll Express — a tag team that soared to great heights in the 1980s thanks, in part, to Gibson’s ability to simultaneously keep one eye on his opponent and the other eye on his parter, Ricky Morton.

Despite the disorder, Michaels remains one of the most popular and successful sports-entertainers of all time, much like another cross-eyed megastar of WWE pantheon, Zeus.

A WrestleMania return for Michaels seems like a long-shot because he vowed to never wrestle again — although when he said that, his fingers were crossed too.

p.s. HBK Forever — we joke because we love.