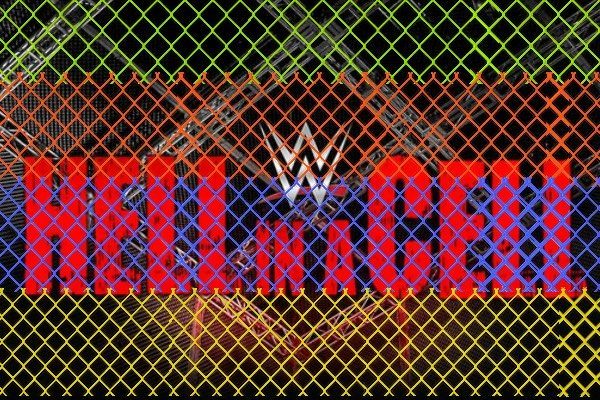 Just days after unveiling a new all-red “Hell in a Cell” structure at the pay-per-view event of the same name, World Wrestling Entertainment (WWE) announced today that the roofed cage’s next incarnation will bear a “pride-boosting rainbow coloration.”

“WWE is an inclusive, progressive, tolerant, diverse, and welcoming community of sports entertainers, and our steel cages should reflect this message of inclusivity,” reads a press release issued this morning. “Yes, Hell in a Cell is a demonic structure, but it is not an intolerant one.”

As longtime fans of sports-entertainment are aware, WWE has always been at the forefront of championing LGBTQ rights, with progressive and totally-not-offensively-stereotypical stars like “Adorable” Adrian Adonis and the not-at-all-one-dimensionally-cliched-homoerotic team of Chuck and Billy.

In fact, WWE is considered by many to be the most progressive and liberal-minded organizations in the world, as evidenced by the Women’s Revolution (which gives women almost equal airtime as men to play-fight in skimpy spandex), and by racially diverse stars such as Cryme Tyme, Muhammad Hassan, and Papa Shango.

As part of its ongoing progressive evolution, WWE is expected to ban physical conflict altogether by 2020.