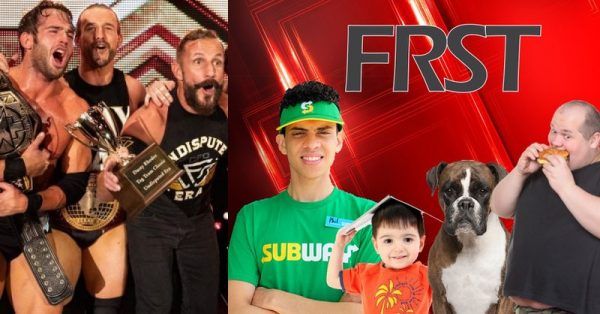 After vanquishing their main-roster counterparts at WWE Survivor Series, the young talent of NXT are now facing their toughest challenge yet from a motley group of untrained schlubs from the new pre-developmental brand, FRST.

Fans at a recent NXT event in Florida were shocked when a motley crew of “invading” “talent” from FRST (pronounced “First”) climbed over the ringside guardrail — many falling awkwardly in the process — and claimed to be “taking over.”

The invading FRST newcomers, who have no wrestling training whatsoever, include:

Given the remarkable success that NXT achieved against their more-experienced main-roster counterparts, it is expected that the invading forces from FRST will easily dominate the competition and be in the main event of WrestleMania.

Next Article
Jim “Kamala” Harris drops out of US presidential race