The Mortician debuts in Impact Wrestling

An eerie chill fell over the Impact Zone tonight as an ominous newcomer, heralded by the toll of a bell and wispy smoke, slowly made his way to the six-sided ring of Impact Wrestling.

Impact World Heavyweight Champion [NOTE TO SELF: Google this and put it in these brackets before publishing — don’t forget like last time, dumbdumb] stood in stunned silence as the towering, tattooed rookie ascended the ring steps and, simply by raising his arms, illuminated the soundstage.

“That’s… that’s… that’s gotta be The Mortician!” bellowed an incredulous Josh Matthews on commentary. “I thought he was only a myth!”

The Mortician rolled his eyes back in his head, revealing only the whites, after removing his wide-brimmed hat, causing thunderclaps to echo throughout the venue.

The dozens and dozens of fans packed into the Impact Zone erupted as The Mortician attacked Josh Alexander and Ethan Page, hitting each first with an elevated powerbomb dubbed The Final Ride, followed by an inverted piledriver called The Gravestone.

The Mortician then grabbed the microphone and vowed to make the entire Impact roster “Relax in solace.” 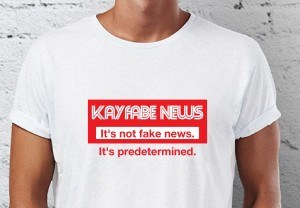