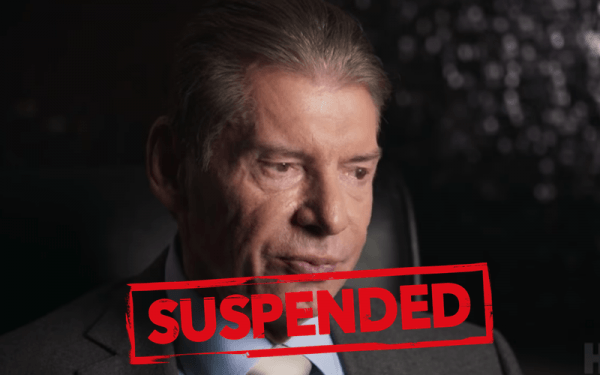 In a surprise move that will shake the power structure of World Wrestling Entertainment (WWE), sports-entertainment mogul Vince McMahon has been suspended for 30 days, effective immediately for “multiple violations” of the company’s Wellness Policy.

McMahon has not yet commented publicly on the matter, though sources within WWE report that “Vince is furious” over his own suspension, which he delivered the news to himself this morning via fax to — and from — his Connecticut office.

One anonymous WWE insider, who asked to be identified as Fit F., leaked an internal memo that outlined several apparent reasons for the suspension:

McMahon is reportedly terrified that he will lose his “spot” as WWE’s President during his suspension, because there are a bunch of hungry, young corporate climbers waiting for an opportunity to break out of middle management by clutching the proverbial brass Powerpoint clicker.

Next Article
Did you know? Jericho’s “Le Champion” is French for “The Champion!”