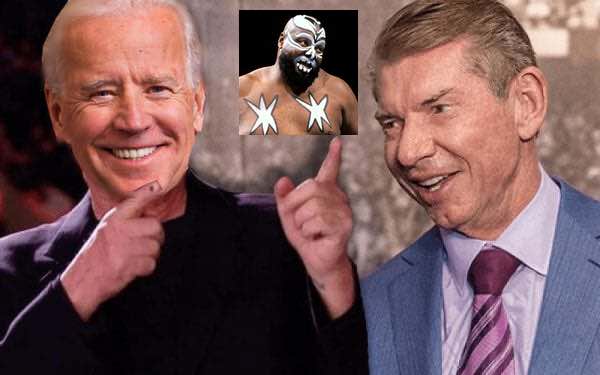 Sports-entertainment mogul Vince McMahon, who was among the largest financial backers of Donald Trump’s 2016 presidential campaign, has shocked political pundits by supporting the Biden-Harris ticket because he “cannot vote against Kamala, quite frankly.”

McMahon said he has “quite frankly always supported Kamala, quite frankly” which has led some political commentators to speculate whether the 87-year-old billionaire is mistaking vice-presidential candidate Kamala Harris for the late Ugandan headhunter and grappler by the same name.

The move has caused a rift within the McMahon family, given that his wife Linda is still a close colleague of President Trump, and son Shane is a radical leftist anarchist who creates underground fighting leagues.

Daughter Stephanie, meanwhile, is reportedly the mysterious person behind the “Q” persona that has left “breadcrumbs” online about the “deep state,” which has captivated the imagination of imbeciles across the country.