McIntyre claims his sword is made from Loch Ness Monster’s tooth — and it is actually true!

This week on Monday Night Raw, WWE Superstar Drew McIntyre revealed the origin story behind his beloved sword, explaining how it was made by his ancestors using a tooth from the Loch Ness Monster.

It seems like a fantastical claim — surely the stuff of legend, not fact — but remarkably it is all true (except for the part about the sword being a family heirloom).

In reality, the sword McIntyre uses on TV is being loaned to WWE by the Scottish History Museum in Inveness, a town at the east end of the deep lake in the Scottish highlands long rumoured to be inhabited by a dinosaur-like creature nicknamed Nessie.

The sword is believed to be 1,500 years old, and was carried by the missionaries accompanying St. Columba, who in 565 A.D. became the first reported witness of a strange creature in the loch.

Although McIntyre’s origin story is embellished (his ancestors did not subdue the beast with a rear-naked choke), the sword was reportedly used to stave off the creature when it attacked the men’s boat. One of the monster’s teeth — seven inches long — is now embedded in the hilt of the sword McIntyre carries.

The sword was sent for laboratory testing in 2017, and researchers concluded that the tooth belonged to a plesiosaur, an aquatic animal believed to have gone extinct millions of years ago, but seems to have survived in the inky depths of the Scottish lake.

McIntyre’s sword is not the first WWE prop to be connected to mythical beasts. A real sasquatch scalp was used to create Giant Gonzalez’ furry codpiece. 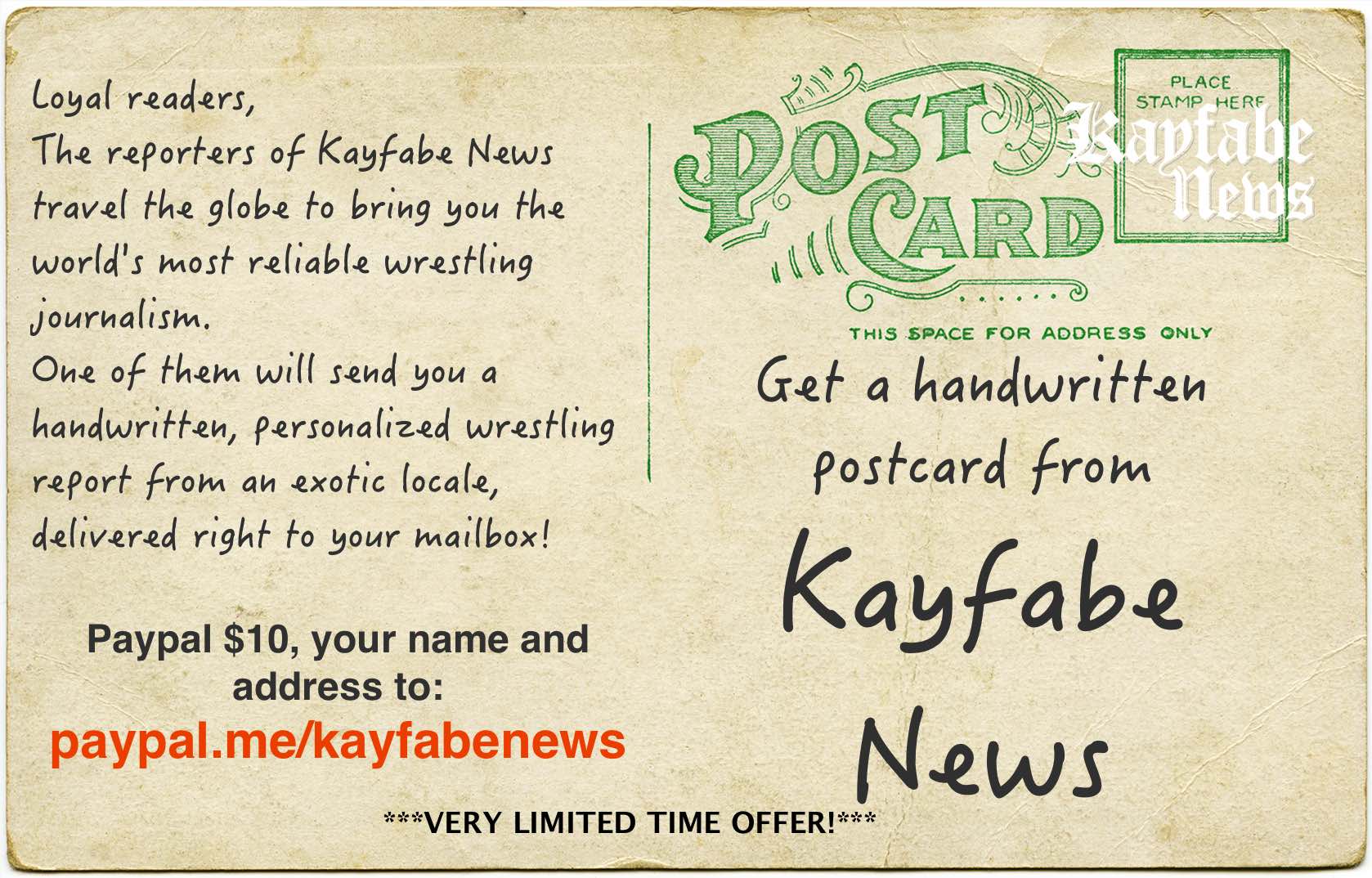 Previous Article
Remember the child actor who played the original Dominik Mysterio? We found him!

Next Article
FACT: All pro wrestlers secretly want fans to jump the barricade so they can beat the snot out of someone for real