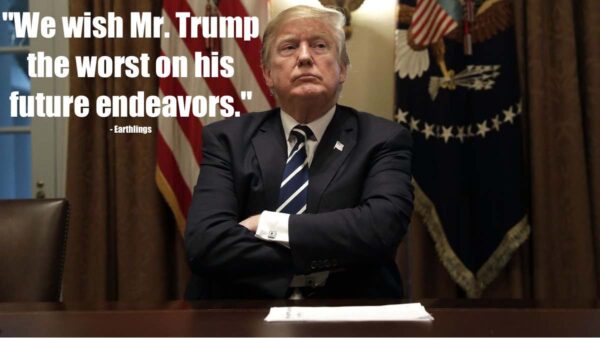 The United States of America has released WWE Hall of Famer and repugnant grifter Donald Juan Trump from the US presidency, wishing Trump “all the best on his future endeavours and incarceration.”

Trump received a huge “push” four years ago, but a series of prominent botches and nonsensical storylines quickly revealed that Trump was an untrained and dangerous rookie undeserving of a main-event spot.

Always a heel, Trump soon developed X-Pac heat, and only the most idiotic fans remained loyal to him.

America finally decided to “future-endeavour” Trump after he inspired the stupidest “invasion” angle in history — worse even than the Corre.

Trump is reportedly planning to move to Florida, where he is expected to share a small room with Nailz.

WrestleMania crowd: “No, let us tell YOU something, brother.”