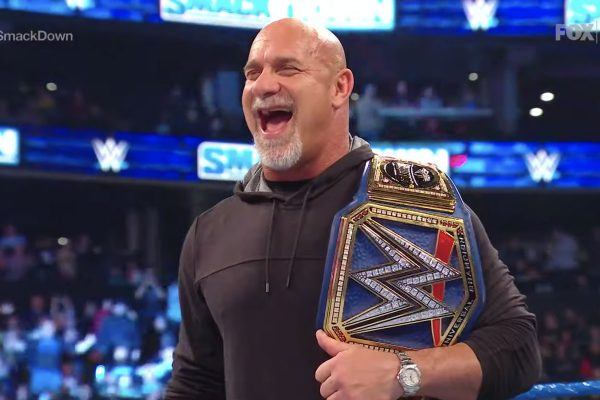 After decades of being relegated to performing novelty matches and being mature eye-candy for WWE’s coveted “women aged 49-to-84,” elderly professional sports-entertainers are now getting their fair share of the spotlight as part of WWE’s so-called Seniors Revolution.

When Bill Goldberg, a 79-year-old grandfather of eight, captured the WWE Universal Championship last week at WWE Super Show Down in [REDACTED], the underdog victory launched a trending hashtag, #GiveSeniorsAChance.

Goldberg (real name Willy Goldblatt) said he is honoured to have broken through the glass ceiling that has prevented the geriatric from being taken seriously as in-ring competitors, with the notable exception of Terry Funk, who peaked in the span between his 12th and 33rd retirement matches.

“I have battled stereotypes and ageism for years, so it is very gratifying to be a role model for all the ambitious young fiftysomethings still dreaming of WWE stardom. You just have to dream big and take lots of calcium supplements for your bones.”

Capitalizing on the new trend, WWE announced that this year’s WrestleMania will be main-evented by a “historic” all-seniors match, pitting Goldberg in a potentially-fatal four-way against Hulk Hogan, Ric Flair, and Vince McMahon.