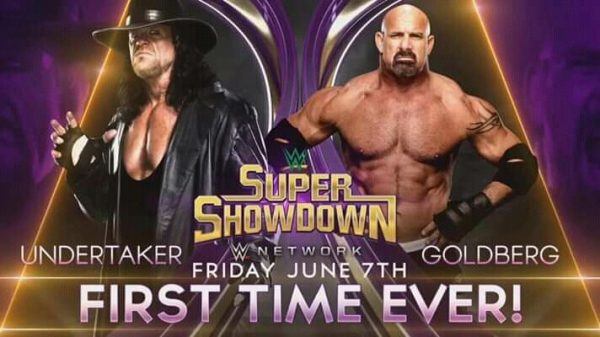 Professional sports-entertainer William “Bill” Goldberg bade farewell to WWE fans earlier this year, but it seems the promise of another big payday has lured him back to the ring for one more match at this Friday’s Super Showdown event in [LOCATION REDACTED].

According to contractual documents released today via Wikileaks, Goldberg will be paid an appearance fee of $2.1 trillion, in addition to 500 barrels of crude oil, thanks to the deep pockets of event organizers in [A COUNTRY SOUTHEAST OF ISRAEL].

The documents reveal that Goldberg (67)  will be entitled to “no less than $2,171,489,000,017.14 USD,” as well as a 4 percent cut of merchandising revenue, and a complimentary continental breakfast at the Best Western Express in [A CITY JUST ACROSS THE RED SEA FROM EGYPT].

Goldberg’s take-home pay will exceed even that of his opponent The Undertaker (71), who will reportedly be paid a mere $1.8 trillion for his participation in the match, though his contract stipulates that he will also receive a diamond-encrusted Harley Davidson worth $44 million.

Together, Goldberg and the Undertaker will earn roughly the equivalent of the Gross Domestic Product of India, which is a country due east of wherever Super ShowDown is being held.

This makes the duo the highest-paid performers in World Wrestling Entertainment history — except, of course, for Ted DiBiase, who earned $7.3 bazillion dollars a year thanks to the brilliant contract negotiation skills of his accountant and life-partner, Virgil.