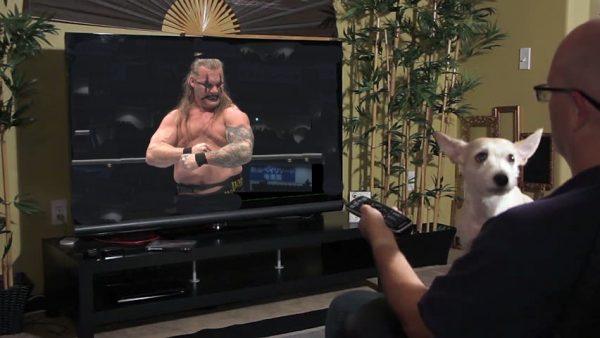 Social media giant Twitter revealed today that, according to its analytics, the #FatJericho hashtag is used exclusively by men between the ages of 17 and 34 whose online interests include professional wrestling, the KFC Double Down Chicken Sandwich, pornography, video game bloopers, and WebMD searches for “chest pain.”

The trend started when a photo of Jericho flexing his muscles, which are bigger and more sculpted than those of 99.3 percent of his critics, began circulating online due to its unflattering depiction showing Jericho with a totally healthy body mass index.

Tweets began circulating among online fans whose plump, Vienna-sausagelike fingers presumably struggled to tap the correct letters on their phones to tap out the hashtag #FatJericho, thereby leaving a thin film of Cheeto dust on their smartphone screens.

Jericho, who has re-invented himself approximately 173 times to achieve remarkable longevity and success in professional wrestling, is of course under no obligation to look any particular way. But Jericho’s physique may “affect his workrate,” tweeted one former Arby’s night manager from his deep sofa divot.

Next Article
US deploys Hogan to Middle East