Everyone knows there were six different Ultimate Warriors — but do you know who portrayed them? 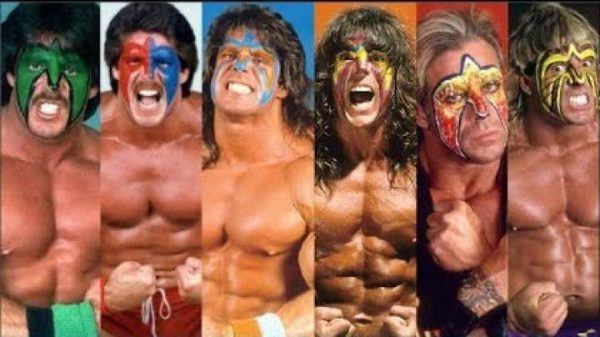 The Ultimate Warrior was one of the most enigmatic and genre-defining sports-entertainers in the history of WWE,  but do you actually know the true identities of the six men who donned the tassels and facepaint to entertain millions of “little warriors” over the years?

Here’s a chronological look look at the career of “The Ultimate Warrior” and the unsung superstars who brought the character to life.

As Vince McMahon attempted to build a new babyface hero with a marketable look, he knew he needed a larger-than-life superhero. Knowing that Levesque would never amount to much in pro wrestling, McMahon decided to re-cast the Ultimate Warrior with an established in-ring talent: Hercules Hernandez.

When Hercules Hernandez was injured in an unfortunate hair-perming incident, a replacement Ultimate Warrior was needed. This time, Vince McMahon raided the roster of WCW (then-NWA) to recruit an exact lookalike, who took over the role with practically no fans noticing the switch; Ron Simmons.

As the Ultimate Warrior’s popularity continued to skyrocket, WWE brass were determined to ensure the character had a squeaky clean image, and Ron Simmons had drawn controversy by ending his nonsensical promos with a long pause followed by the word “damn.” McMahon found a suitable replacement in Mark Hildreth, who would later achieve fame and fortune as one of WCW’s most popular stars of all time, Van Hammer.

The Ultimate Warrior earned the most prestigious championship in professional wrestling when he defeated Hulk Hogan in what pundits agree was the greatest technical masterpiece of all time. What many fans don’t realize, however, is that the Ultimate Warrior who performed at WrestleMania 18 was not the man they had become accustomed to seeing, but instead Hollywood actor Mickey Rourke.

The Ultimate Warrior only appeared sporadically through the late 1990s and 2000s, most notably in WCW as “The Renegade,” a role portrayed by Bob Holly.

The man who was inducted into the WWE Hall of Fame, and the namesake of the annual Warrior Award, was Hollywood star David Arquette in his most impressive acting role ever.

A longstanding myth among wrestling fans is that The Ultimate Warrior was portrayed by a man named Jim Hellwig, a scholar known for his important research on queering.

But this is rumor false: Jim Hellwig never portrayed the Ultimate Warrior. Hellwig only performed in WWE for a brief time in 2003, where he appeared under a mask as “Mr. America.”