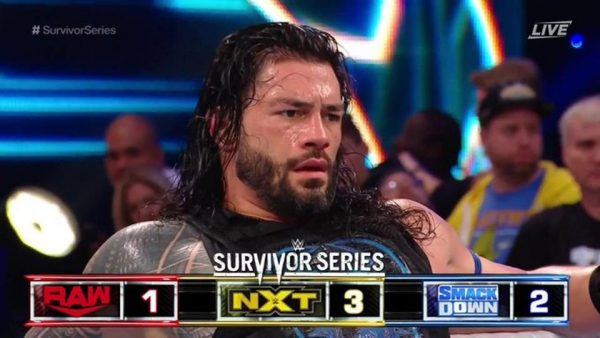 A ragtag group of trainees from WWE’s rookie division, NXT, shocked the world of sports-entertainment last night when they definitely proved last night at WWE Survivor Series that “developmental” wrestlers are vastly better than fully developed ones.

Akin to a little league baseball team winning the world series, the scrappy young developmental rookies of NXT proved they are superior in every measure  — athleticism, popularity, youth, grappling ability, physical attractiveness (admit it, you want to run your fingers through Adam Cole’s beautiful greasy hair and call him baybay) — than the main-roster stars they aspire to compete among.

Members of the NXT brand won four matches at Survivor Series, compared to SmackDowns two wins and Raw’s pathetic showing of just one measly win. This proves, once and for all, that wrestlers-in-training are better than fully-trained wrestlers who earn salaries several orders of magnitude larger.

For example, main-roster superstars Shinsuke Nakamura (real name Shiny McNamara) and AJ Styles (Alfredo Juan Styles) were defeated by rookie Roderick Strong (real name Roderick String), who only started training as a wrestler two years ago after he saw it on TV and thought it looked fun.

Of course, when you actually think about it, the NXT-versus-Raw-versus-Smackdown rivalry is really just WWE-versus-WWE-versus-WWE, and fans who ascribe any sort of actual meaning to the NXT “win” at Survivor Series are playing along (either knowingly or gullibly) with faux rivalries among coworkers.

But this is wrestling, so it’s best not to overthink it.

In related news, encouraged by the success of the NXT rookies, a group of brand-new trainees from Cross Body Pro Wrestling School, who have only just learned how to run the ropes, plan to “invade” NXT and become the hottest new brand among notoriously fickle fans of WWE.