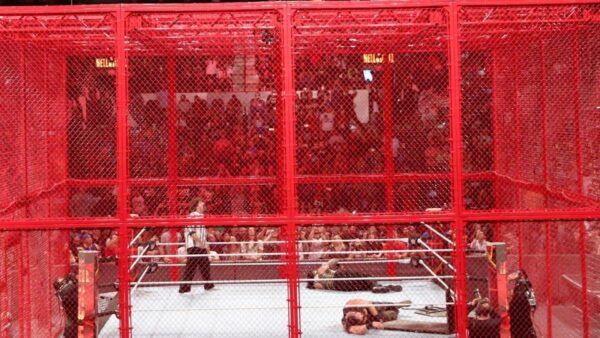 World Wrestling Entertainment (WWE) made the unprecedented announcement this morning that tonight’s “Hell in a Cell” pay-per-view has been called off after the event’s eponymous roofed steel cage failed a routine test as part of the company’s Hellness Policy.

It is rumored that the Cell tested positive for a number of Hellness Policy violations, including the presence of too many footholes for climbing, and a “preposterous appearance” with its cherry-red coloration.

“WWE takes the issue of hellness very seriously,” reads a press release issued this morning from the company’s Connecticut headquarters.

“This violation is ‘strike one’ against the Cell, and three violations will lead to the cell being permanently dismantled.”

Former wrestler Michelangelo “Mick” Foley, who was infamously hurled off the Cell 20 years ago said he is disappointed about the cancellation, but more concerned about the hellness of the cell.

Next Article
You LITERALLY won’t believe what happened on WWE Raw!