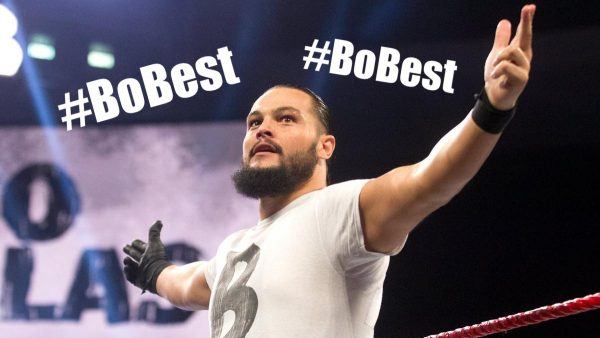 Dallas said he was confused by the preposterous hypocrisy of Trump’s #BeBest claptrap, given that her own husband was simultaneously cyberbullying a teen environmentalist, so he wanted to take a different approach.

The new #BoBest gimmick is the latest in a long string of failed gimmicks for Dallas — the B-Team has faded from view, and WWE seems to have scrapped its plans to introduce Dallas as The Friend, hilarious twin brother to The Fiend.