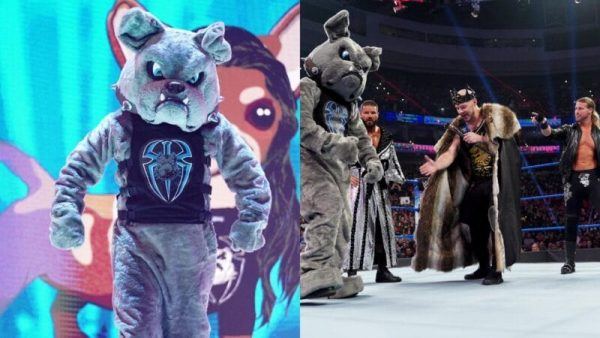 A turf war over ownership of the “yard” of World Wrestling Entertainment (WWE) will reach its apex this weekend when The Big Dog and the Lone Wolf try to outdo one another by urinating in strategic locations around a wrestling ring.

Experts predict that the showdown between the Big Dog and The Lone Wolf will begin with long sequence of butt-sniffing, during which each competitor will gauge the other’s posture and body language.

The war over which canine is the “alpha” of WWE will kick into high gear when one assumes a domination posture and bears his teeth at the other, which will spark a frenzied ruckus in which both will attempt to subdue the other by chomping on the scruff of the neck.

After an initial flurry, the bout is expected to simmer down while each man sniffs the ring canvas, posts, turnbuckles and apron, urinating strategically to claim his territory. The action will reach a fever pitch when the competitors start urinating on top of one another’s urine, thus usurping the other’s claim to the territory.

The showdown is considered by many experts to be too close to call, given how evenly matched the competitors are, as you can see below.

Tale of the Tape

Big Dog: Shaggy, eager to please, not ideal for households with adult men

Next Article
No, Bray Wyatt and The Fiend are NOT the same person