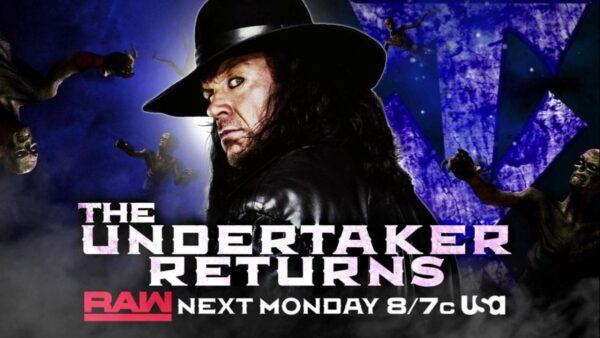 Legendary sports entertainer The Undertaker, who retired from the WWE earlier this year in a documentary series called The Last Ride, will announce his return to the ring during the upcoming six-part follow-up, The Next Ride.

The Undertaker (real name Mark Calaway-McCool) is one of the most beloved superstars of the squared circle, having battled and defeated the likes of King Kong Bundy, Nathan Jones, and Damien Demento.

His long WWE tenure featured several entertaining bouts at WrestleManias 17, 22 and 30, as well as an undefeated streak at five consecutive wins during a 1997 house show loop around Ontario and Quebec.

Since officially retiring from in-ring action several months ago, The Deadman has enjoyed the slower pace of not working, rather than working once or twice a year, and has taken up hobbies including accordion lessons, reiki therapy, and “researching” the deep state on the internet.

The Phenom will return to WWE action later this month at Hell in a Cell, where he and Mankind will have a long-awaited rematch of their infamous cage match from 1987.

According to a recent selfie on his Instagram page, the Deadman is experimenting with a new look: white leather chaps, aquamarine fishnet tank-top, and diamond-studded codpiece.