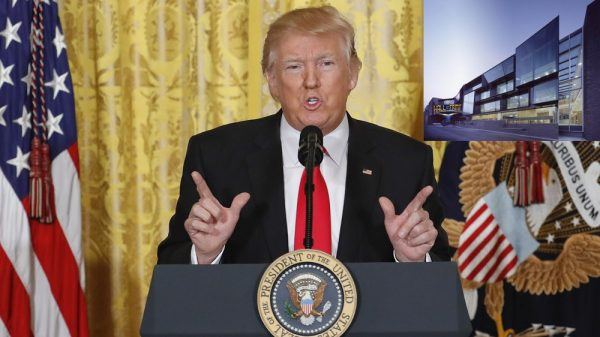 In what he described as “a commitment to a great American landmark,” United States “President” Donald Trump promised to spend $50 million over the next three years on a comprehensive renovation and expansion of the WWE Hall of Fame.

Trump called the Hall of Fame, into which he is an inductee, “an important historical site” that needs to be made “great again” through the addition of new exhibits, galleries, and interactive experiences.

The renovations, Trump tweeted, will be conducted by the same company that has built most Trump-branded hotels and casinos, will be paid for by “re-allocating” funds previously earmarked for research into climate change, which is obviously a hoax, he said.

The renovation and restoration project will see several additions to the WWE Hall of Fame, including:

Renovations are expected to begin in early 2020, and continue for nearly five years or, in a best-case scenario, 11 months.