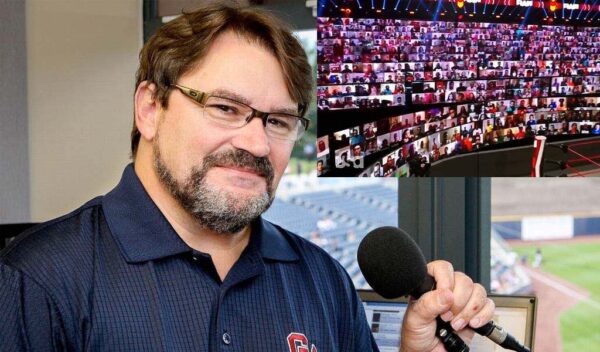 AEW commentator Tony Schiavone fired a powerful shot in the escalating ratings war between AEW and WWE, leaking the ending of a pre-taped episode of WWE, then adding, sarcastically, that such a lackluster main event will “put faces on screens” in the Thunderdome.

“We understand that Edge, who wrestled here one time as Damon Striker, is going to win their world title. Ha! That’s gonna put some faces on the seats, heh.”

The quip actually had the opposite effect of what Schiavone intended, however, as nearly a dozen more faces popped up on screens in the ThunderDome after he uttered it.

Schiavone has pulled this kind of dirty trick before. In 1999, he revealed that Mick Foley would win the WWE World Championship, quipping that it would put “butts in seats.”

During Crown Jewel, Schiavone correctly predicted that the main event would put “Saudi oil billionaires’ butts on expensive ringside sofas, where they could chat with one another and not watch the wrestling.”

WrestleMania crowd: “No, let us tell YOU something, brother.”