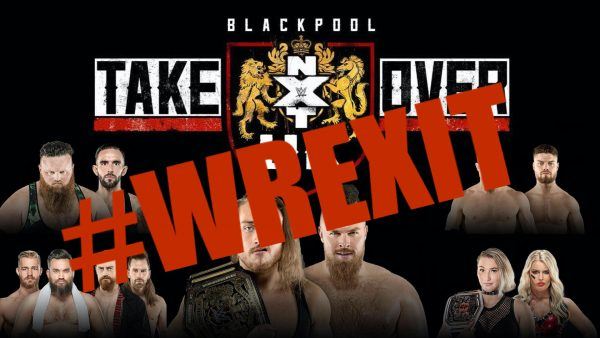 In a stunning referendum result, the developmental superstars of NXT UK have voted unanimously to break free from the governing body that oversees all sports-entertainment in Europe, NXT EU.

The decision, dubbed “Wrexit” by the media, is expected to have potentially disastrous consequences in the global sports-entertaining market, such as a drastically reduced flow of European talent to WWE, like Walter and… um… Ludvig Borga.

But critics of Wrexit say it is a drastic step backwards fuelled by xenophobia and jingoistic nationalism, which are large words that the Wrexiteers typically don’t understand.

NXT UK’s Prime Minister, Lord Steven William Regal VIII, has declined to comment publicly on the matter, but sources within the promotion say he feels besmirched.

Next Article
J.J. Abrams to “direct” this year’s WWE WrestleMania