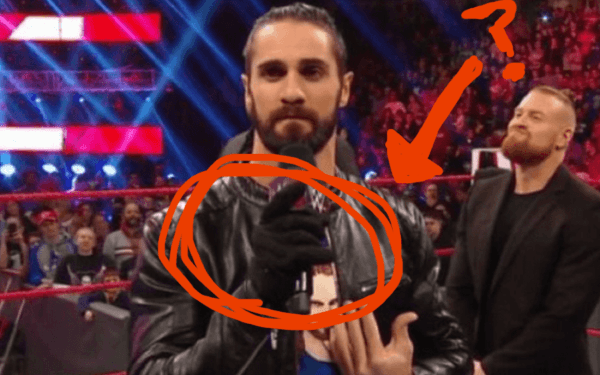 If you’re a fan of professional sports-entertaining, you’re probably wondering why Monday Night Messiah Seth Rollins, wears only one glove — and only on his right hand.

After a weeks-long investigation, we have the answer!

And here it is: Rollins unknowingly dropped the left glove in the restroom of a truck stop a few miles south of Akron, and a janitor later threw it in the garbage.

So there you go.

We probably shouldn’t have spent weeks investigating this matter, given that the answer is so mundane.

So let’s pretend he has worn to hide a cybernetic prosthetic ever since he lost his right hand during lightsabre battle with his father, Henry Rollins.