The hotly anticipated main event for tonight’s SummerSlam has been “indefinitely postponed” after Brock Lesnar called WWE’s human resources department complaining of “a scratchy throat and a major case of the sniffles.”

Lesnar’s advocate and life partner, Paul E. Heyman, said the reigning and defending Universal Champion “might be contagious would hate to anyone else sick.” 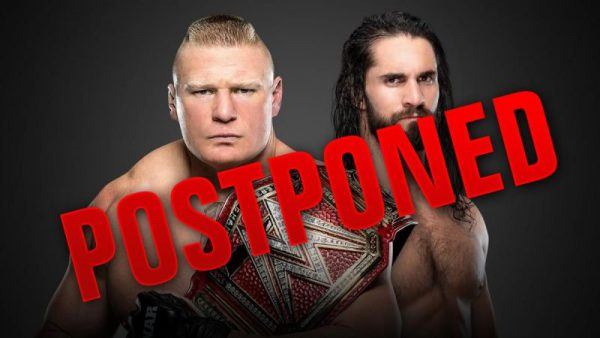 According to a lesser-known clause of WWE’s Wellness Policy, superstars are expected to obtain a doctor’s note if they will miss a major event due to illness. Lesnar faxed a note to WWE headquarters this morning, which attested to Lesnar’s “overall achy feeling and mild cough,” and was signed by a Dr. M. Shelby.

Lesnar’s scheduled opponent, Seth Rollins, said he would “rather not get sick too,” and wished Lesnar a “speedy recovery” on Twitter. “Feel better, big guy. We’ll tussle when you’re ready.”

A new opponent for Rollins has not yet been announced, but a poll on WWE.com shows that fans overwhelmingly voted for Baron Corbin.